I recently purchased a strange looking razor on eBay. This appeared to be something that @efsk would get, however it took a regular DE blade. 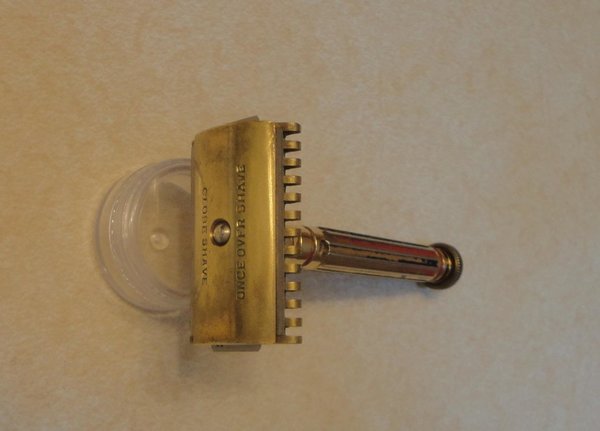 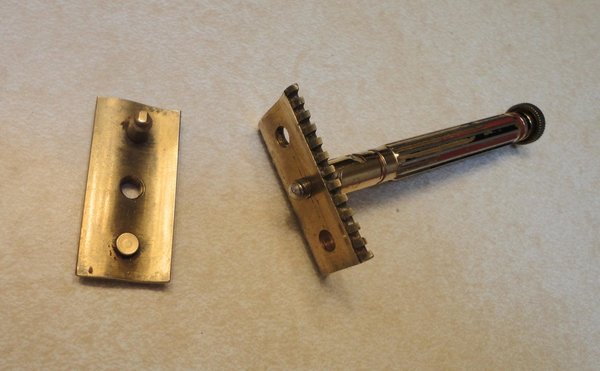 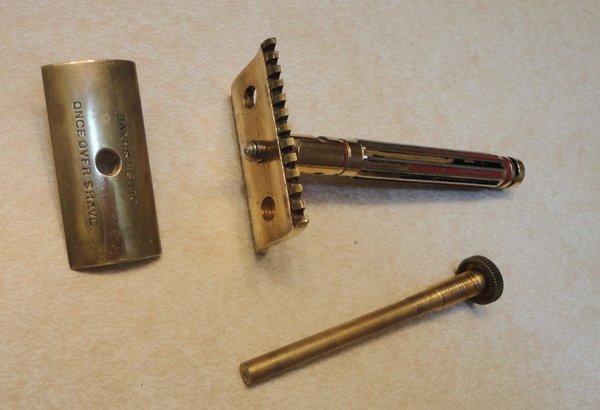 There is a long shaft that is threaded on the bottom that locks the head at the angle you would want. The top cap is threaded and so the screw post is attached to the pivot joint. When screwing the top cap to the razor, there is a long pin on one side and a short pin on the other and so you can only assemble it one way. I also found that when fully tightened, the head assembly is crooked from the angle joint and so it needs to be loosened a little to be able to use it at an angle. 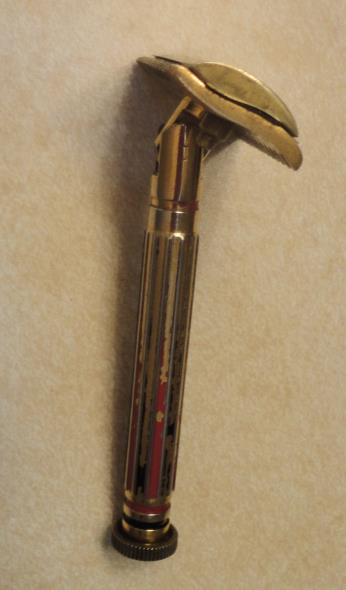 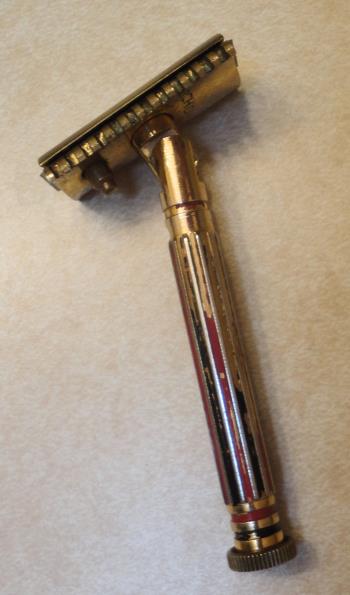 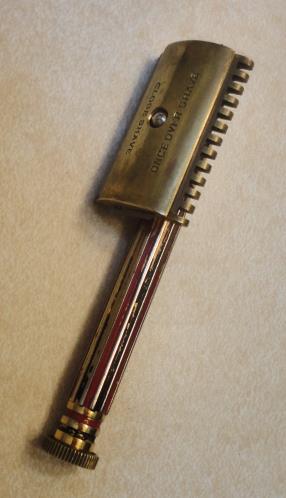 An unusual feature of this razor is that it has differential shaving sides. This in itself is not unusual as many razors have differential sides for shaving. What is unusual is that the base and cap are shaped like a wave and so the edge of the blade exits at a different angle for each side.

The side that is marked “Once over shave” has the blade angled downward toward the guard like a regular razor. The side that is marker “Close shave” has the blade exit at an angle that is straight or maybe even upward. At first glance, this looks very dangerous to shave with, however having the head pivot downwards while perpendicular to the handle might allow for an angle closer to that of a straight razor. 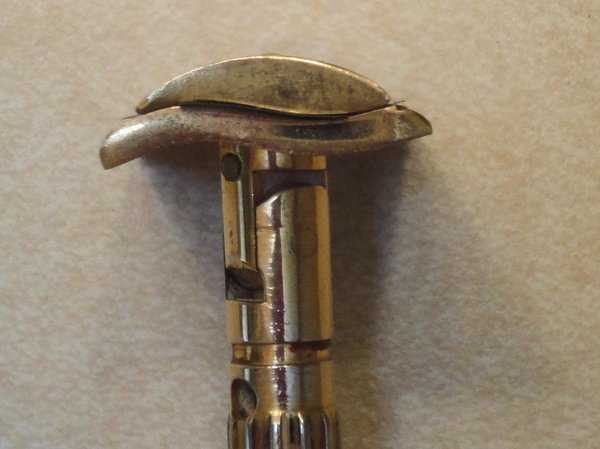 I spent the whole afternoon getting to understand this razor and clean it up a bit. Tomorrow I will give my shave report.

Moderator
FdR-Pate
Gold FdR-Pate
Very interesting design! Only razor I know where the blade is curved like this. Also the only razor I've ever seen where a differential head is achieved by changing blade angle instead of bladegap or blade exposure. Terrific find, thank you for showing!
An’ I don’t need no safety razor, neither.

Tonight was first shave with the Archdale. I used the regular setting where the head was perpendicular to the handle. My first pass I used the "Once over shave" side. I started out at an angle using only the top cap as it appeared that if I rested the guard against my face, the blade might cut my face. I was surprised at how smooth the shave was and very efficient, however I shaved very slowly and always was aware of the angle. Perhaps, Once over meant that if you did not concentrate on your shave the first time, it will be over very quickly.

Second pass I used the "Close shave" side and was able to rest the comb against my face. This was very mild , but still cut whiskers efficiently. For touch up, I went back to the Once over side, but tilted the head downward so I did not have to lift the handle so high to ride the cap. I ended up with a very comfortable two pass plus touch up BBS.

Tomorrow I try it as a Schragschnitt with an angle in between the Mulcuto and the Neo Ras.

Tonight I tried the Schragschnitt version. I found immediately that the angle can be adjusted to just one (two if you count the kamisori version). The joint was not rounded but chiseled and so only one angle could be used. 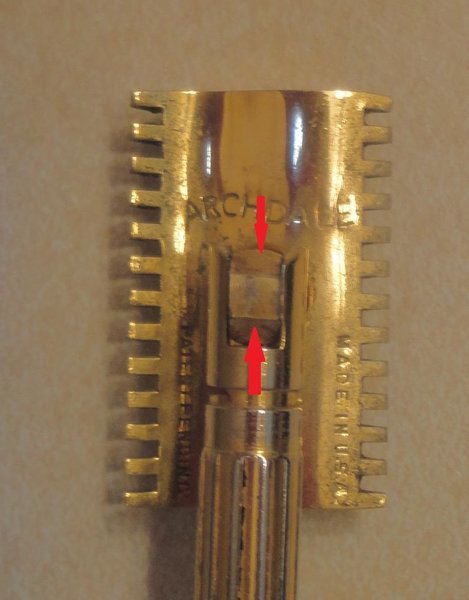 Still, the angle was more than a Mulcuto, but not that much less than the Neo Ras. 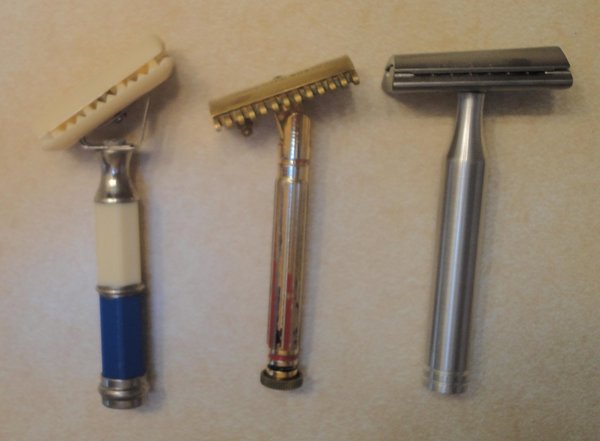 I started with the regular side (Once over shave) and this side was rather mild when I shaved with it last night, but with the Schragschnitt setting, it was very efficient. I found it hard to shave when I got to the other side of my face because the angle of the head would be opposite from what I am familiar with. When I tried using the Close shave side of the head for the other side of my face, I needed to remember to change the shave angle to ride the cap. When done with my first pass, I found one side of my face shaven closer than the other. ATG and XTG was better as it was easier to control the angle of the handle and the cap. I ended up again with a two pass plus touch up BBS, but was also quite confused during the shave.